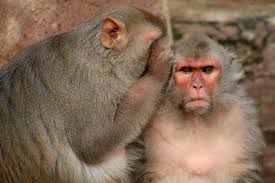 As a former Market Research / Competitive Intelligence professional now turned Resume Writer and Career Coach, I’m wired to look at products, companies and now people with the ability to pinpoint their unique strengths and selling points – or what is known as their “unique selling proposition” (USP) – and communicate this to employers.

A resume that is written as a history of what you’ve done, that has no eye-catching formatting, and that doesn’t capture your “unique selling proposition” quite frankly is not going to get you noticed or land you an interview.   For a resume to get results, it needs to do the following:

Remember, your USP is what makes you unique and different and what will sell you to employers.  To articulate your USP, you need to answer the question “Why should I hired you?”

I recently started working with a lady I will name Paula.  We met a networking event and she said she was told her resume was perfect.  I asked if I could have a look.  What I noticed about Paula is that she had a dynamic, engaging – almost electric – personality.  Her personality was not captured on her resume, which explained why it was not useful in landing her interviews.

I’ve heard similar stories from other clients – capturing your USP really works.  The only downside is that it is very difficult to do this on your own.  An outside person who is very good at articulating your “amazingness” will truly help.

I recently worked with a client named Tim.  Tim and I met at a networking event.  He had been looking for work for 6 months with only a few interviews to show for it.  I’ll let Tim share his story in his own words:

I was laid off from my job in November 2015.  I had never really looked for a job before so I wasn’t sure what to do.  I had one interview early on with a recruiting company and was then told the firm did not have a budget for the position.  Over the next 6 months I had an interview here and there.

I attended networking groups and was told to “Network!”  I did not find this very effective as I found it hard to communicate what I did.

At a networking meeting, I met Rebecca Bosl who is a Career Coach / Resume Writer / Job Search Strategist.  That week, we had an initial strategy session over the phone.  We talked about the challenges I faced, and she offered tailored solutions for my needs.  We had a pleasant conversation and I never felt like I was pushed into anything.

After the resume was re-done, I was stunned.  It showcased my strengths and highlighted the unique attributes I could bring as a VP of Sales.  It was also formatted in a way that really seemed to “pop” and grab the attention of the person reading it.  I was beyond pleased, and so was my wife.  My reaction was, “I wish I had known Rebecca when I was first let go.”

I immediately noticed that I was getting many more profile views on LinkedIn.  Every day I started getting calls by recruiters.

I landed a new position as Director of Sales at a company within one week, and was able to start soon after I received the offer.  I am very happy in my new position.  I still get calls daily from recruiters because of my new LinkedIn profile, so I have been able to refer jobs to friends.

Rebecca is able to understand your strengths and articulate them on paper, so that you come across as a strong candidate.  Also, she selects the correct keywords for your LinkedIn profile so that recruiters can find you for relevant positions.

Even if you have not had any hardly any calls for interviews, she is able to get your job search moving immediately.

I highly recommend Rebecca for those in transition, and have referred her to others who I know who are between jobs so that they can take advantage of her capabilities.

If Tim’s story reminds you of your job search, part of the problem you may be having is that your resume reads more like a history document than a sales document, and your LinkedIn profile may invisible to recruiters.

If you can identify with Paula’s story in which you think you have a perfect resume / LinkedIn profile but it’s not capturing your amazingness, giving them a makeover might be just the ticket to re-energizing your job search.

Waiting for 6 months going it alone and not getting anywhere can be costly – nearly half a year’s salary can be lost.  Or, you can work with someone to bring out your “amazingness” and get hired much faster.

I’d love to have you as my next success story – I have openings to work with only 3 more people this month.  Contact me for a complimentary strategy session to see if we are a good fit to work together.